Reasons to Consider Arched Windows for Your Home 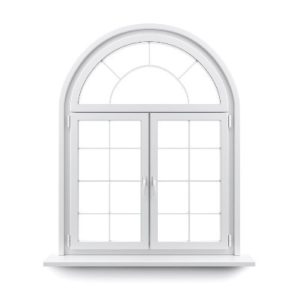 The traditional shape of windows is, of course, rectangular. However, even prefabricated windows come in many different shapes. If you choose custom windows, you can come up with practically any shape. A classic prefabricated shape is the arched window. Arched windows can convey many benefits to your home.

That said, casement-style windows typically open wider than hung windows. So, even if you choose a style in which only the square area swings open, you’ll still have a lot of ventilation. If you want more control over the incoming air, or if you don’t have clearance for panes to swing out, arched windows also come with the square in a double-hung construction.

Arched Windows Can Be Stage-Setters

Another version of arched windows come as those that don’t open at all. These windows are similar to picture windows in that they’re just for views, not ventilation. Fixed arched windows are ideal for spaces where you don’t need ventilation or egress, such as near a doorway. The beauty of the arch, though, will often enhance the view outside even more than standard squared windows.

Many homeowners like adaptability with any area of their house’s design. Well, arched windows offer such choices. In addition to casement/double-hung and fixed windows, you can also choose the multi-pane arched windows.

Contractors can use several different panes of glass to create a window arch. In this case, they usually top a standard rectangular window with a semi-circle transom window. However, they can also add extended quarter round sidelights to either side of the rectangular windows. That configuration extends the breadth of the arch.

Because arched windows aren’t as common as squared windows, they add a distinct appearance both to the exterior of the house and the room where they’re located. Arches have been used in architecture since the Greek and Roman days. People often associate arches with classical buildings. So, adding arched windows to your home taps into that sense of classicism.

Mediterranean homes tend to feel Old World. So, arches also blend well in Old World homes that don’t have a Mediterranean flair. For example, you can sometimes see arched windows in Victorian and Tudor houses.

Perhaps you don’t fancy an Old-World appeal. The clean lines and emphasis on form in modern architecture may speak more to your tastes. While arched windows may have originated in the Old World, they can feature a modern appeal, too.

One of the tenets of modern architecture is an emphasis on shape. This emphasis comes through as a preference for building elements that show an obvious geometry. Arched windows fit this tenet perfectly because of the semi-circle on top and the straight lines of the square below. For this style, choose a window with little ornamentation so the shape takes center stage.

Enjoy all the benefits that arched windows can convey on your home. Talk to the window experts at Arch Design for ways to work arched windows into your replacement or remodel project.